Cranfield University is a postgraduate and research-based public university specialising in science, engineering, technology and management.

Working closely with Professor Guy Kirk and the Cranfield University Estates Department, PHI-Tech Architecture created an innovative design whilst saving the university £40,000 on a £150,000 budget. Money that was to be spent on doing what Cranfield University does best: science. 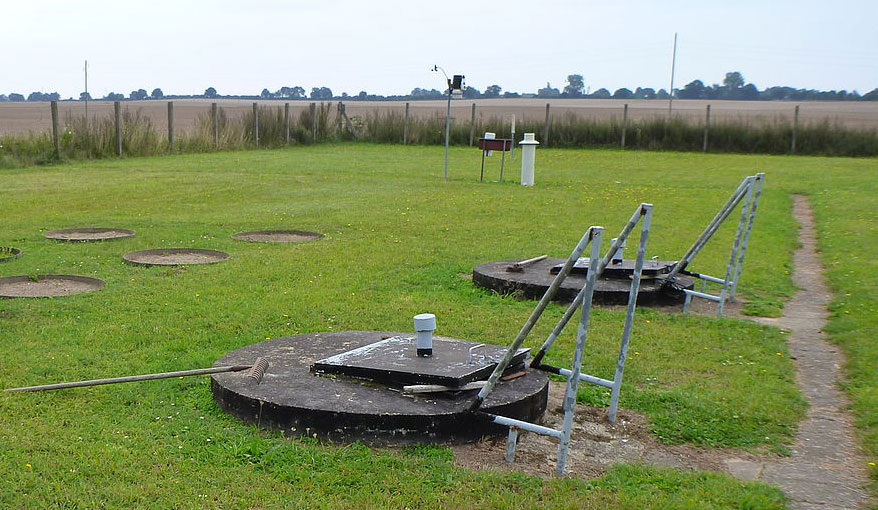 Professor Kirk explained the purpose of the new soil laboratory was to allow data collection from 24 lysimeters to see how climate change and other factors may influence the constitution of various soils. The lysimeters were essentially a tube full of soil and instruments. Air and moisture could be controlled automatically by automatic adjustment of the lysimeter covers.

The usual design for this type of soil laboratory consisted of an array of lysimeters (shown right) with cables linked to a large, purpose-built subterranean chamber to allow scientists to obtain data such as temperature, water content, etc.. The collected data was analysed in a separate laboratory a few metres away from the lysimeter array to prevent contamination of the data.

On examining the existing site PHI-Tech Architecture noted the presence of habitat likely to be attractive to a protected amphibious species, the Great Crested Newt.

Cranfield University were obviously keen to harm protected species, so a survey was carried out by specialists. 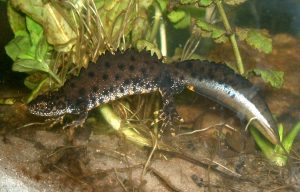 The desktop survey indicated the site would be good habitat for the Great Crested Newt, so the next step was to erect amphibian friendly fencing with catch pits to “trap” any newts present. As predicted several newts were discovered and carefully relocated by the University at a cost to the project of £10,000.

Whilst this process was taking place, PHI-Tech Architecture looked at the clients’ requirements and budget of £150,000, and realised the proposed Wolfson Soil Laboratory would be well over budget. Even working with producers of prefabricated buildings, the project would be over budget. We identified an area where considerable savings could be made without detriment to the clients’ requirements and drew up the proposal.

At a meeting with Professor Kirk and other shareholders, PHI-Tech Architecture presented a completely new design for the sampling area, that was to become emulated through Europe.

PHI-Tech Architecture realised much of the funds of the project were being spent on the 15 x 3 x 3 m concrete bunker where scientists would collect samples and data.

As shown in the sketch, our proposal to replace the concrete bunker with the lysimeters arrange in groups of 4 around 6 large inspection chambers was unanimously accepted by the clients’ team of scientists and fund holders.

This innovative design went on to be adopted by university laboratories across Europe.